The Harry Lawson Cup is awarded annually by the NZPIF in recognition of the most outstanding PIA for the year.

The Award is made to the Association that not only has the greatest increase in members in the 12 months prior to the Annual Conference but is also judged the most popular by other Associations after presentations by each participating Association immediately after the AGM.

Manawatu PIA was given nearly double the number of points by other Associations following the presentation by President Pauline Beissel outlining their progress since the 2014 AGM.  Their membership had also increased by 13% during that year.

Congratulations to Pauline and the Manawatu team! 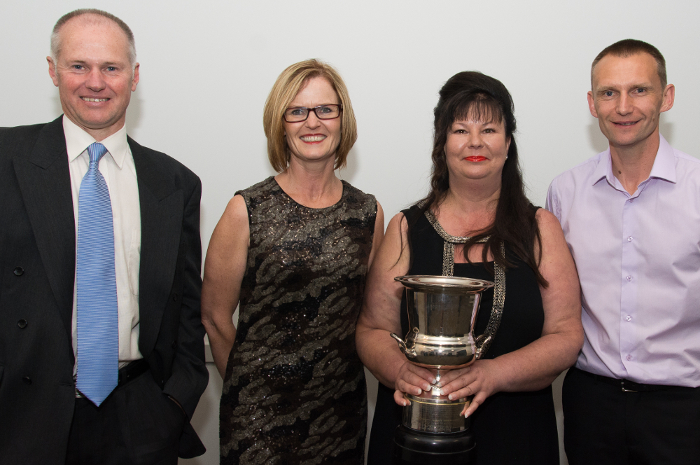